The world can maximise its chances of avoiding dangerous climate change by moving to a circular economy, reveals a report from Circle Economy launched today at Davos during the annual meeting of the World Economic Forum in partnership with other European Circular Economy Stakeholder Platform Coordination Group members such as Sitra, the Finnish Innovation Agency, and the World Council for Sustainable Development. It highlights the vast scope to reduce greenhouse gas emissions by applying circular principles - re-use, re-manufacturing and re-cycling - to key sectors such as the built environment. Yet it notes that most governments barely consider circular economy measures in policies aimed at meeting the UN target of limiting global warming to 1.5°C above pre-industrial levels.

The Circularity Gap Report 2019 finds that the global economy is only 9% circular - just 9% of the 92.8 billion tonnes of minerals, fossil fuels, metals and biomass that enter the economy are re-used annually. Climate change and material use are closely linked. Circle Economy calculates that 62% of global greenhouse gas emissions (excluding those from land use and forestry) are released during the extraction, processing and manufacturing of goods to serve society’s needs; only 38% are emitted in the delivery and use of products and services. Yet global use of materials is accelerating. It has more than tripled since 1970 and could double again by 2050 without action, according to the UN International Resource Panel.

The report, available here, calls on governments to take action to move from a linear “Take-Make-Waste” economy to a circular economy that maximises the use of existing assets, while reducing dependence on new raw materials and minimising waste. It argues that innovation to extend the lifespan of existing resources will not only curb emissions but also reduce social inequality and foster low-carbon growth. 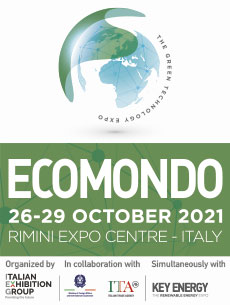